Smart Village Conclave: Bridging the Gap between Urban and Rural A large population from villages is migrating to cities for jobs and a better standard of living. According to the Economic Survey’17, 8 to 9 million people migrate for work opportunities within India annually. The survey noted that there has been a rise in migration, which is supplemented by economic growth. The rate at which women migrated was almost twice the rate of which men migrated in the 2000s.The rise comes in spite of disincentives, such as domicile provisions for the working population, lack of portability of social benefits, legal and other entitlements upon relocation.

By 2050, it is estimated that more than half of India will be living in urban India. The devastating effects of natural calamities such as droughts and floods further accentuate rural-urban migration.

The government announced the Dr Shyama Prasad Mukherji Rurban Mission to strengthen infrastructure in rural areas. This is a Public Private Partnership model while also using funds from various schemes. The aim of the scheme is to bridge the rural‐urban divide and to turn all villages into smart villages like smart cities project by ensuring facilities and services, stimulating local economic development while focussing on reduction in poverty and unemployment in rural areas, regional development, attracting investment in rural areas.

The 6th Smart Cities India 2021 expo will host a 5th edition of “Smart Village Conclave” on 25th March 2021 at Pragati Maidan, New Delhi to address and lay forward the researches, solutions, opportunities associated with the creation of “Smart Villages”. This will help in exploring rural community development, practices and relevant policies with a focus on community-centric planning of affordable housing, infrastructure, sustainable development and growth, community empowerment and other issues.

Who will you meet:

We invite you to be a part of Smart Village Conclave 2021 to stimulate the discussions and to showcase the solutions for transforming Rural India. There is no participation fee for attending the conclave. Submit your interest now. 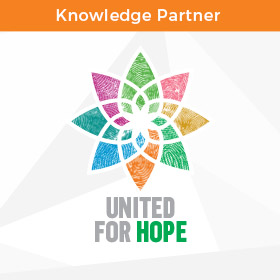 Be a Media
Partner

Be a part for Start-Up India Pavilion